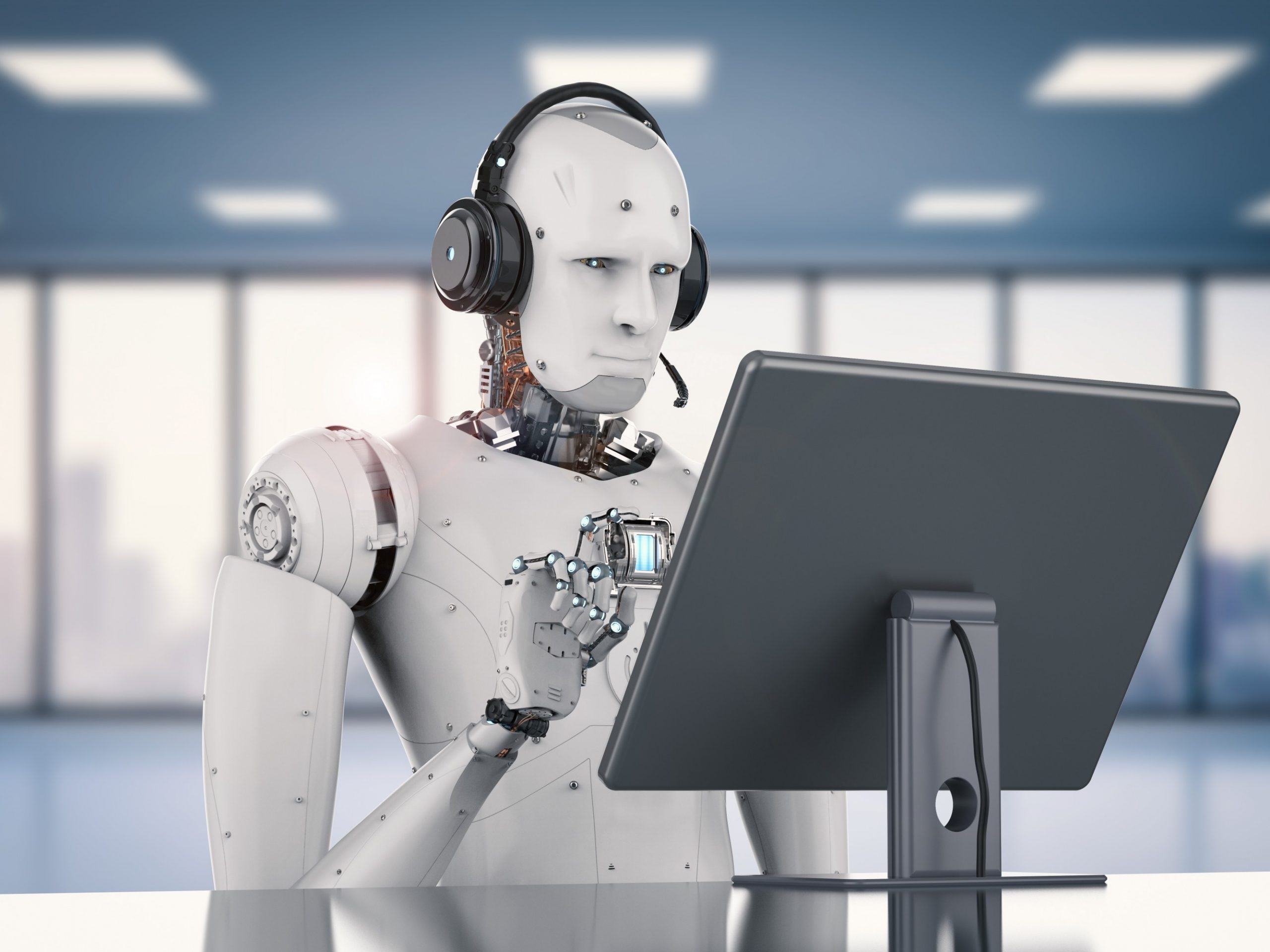 Voice is undoubtedly the most used communication channel – among people, but not only. Voice is increasingly being used to interact with machines. There is a body of research indicating that a majority of people uses voice to search for information on their smartphone. In the area of Customer Care, interacting with bots using spoken natural language is the most striking new development of the past few years. The systems that make it possible are called Voicebots.

In this article we will explain the main concepts around Voicebots. First, we will talk about technical matters: how voicebots work. Then, we will go into the advantages of this type of solution. Our goal is to demonstrate how voicebots can play the role of key elements to optimize Customer Care. 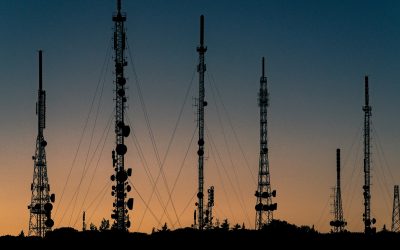 In recent years, the value of customer experience for businesses has gained substantial attention....

END_OF_DOCUMENT_TOKEN_TO_BE_REPLACED 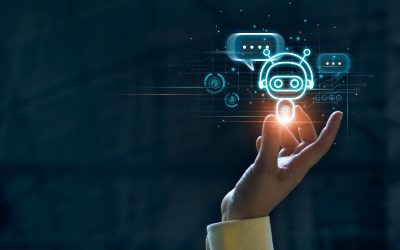 A battle of the botsChatbots are everywhere. According to Gartner, at the moment of writing...

Voicebots are conversational AI applications, that conduct a voice dialog with humans. The application we describe in this article is to automate customer service – using their natural language capability to substitute the old IVR systems and saving customers from having to press keys to generate tones and slowly reach the desired service (if they are lucky).

With older IVR systems, still quite common today, users waste substantial time listening to menus and waiting for the option that seems the best fit for their need. Unfortunately, besides customer frustration, this originates many errors that causes calls to be routed to the wrong queue. The best outcome in this case is that the agent taking the call will transfer it to the right department, but often the call simply does not complete, and the user must call again – maybe a different number.

A well-designed Voicebot is instead an excellent tool to solve the problem of understanding the users’ intents. “Voicebots are a fusion of several technologies, some very new and other more traditional, like AI, computational linguistics on the one hand, and old-fashioned Information & Communication Technology on the other.” says Roberto Valente, Interactive Media’s CEO.

Users can interact with Voicebots in a natural way, answering open questions like “What is the reason for your call” Not necessarily the Voicebot will understand what the user wants immediately to the point that the service can be provided, but in this case it can ask disambiguation questions that restrict the field of possibilities, to make sure the intent is understood correctly: for example “would you like to fly in the morning or the afternoon?” It all comes down to the Voicebot design, and with 10 years of experience and many successful deployments, Interactive Media guarantees excellent customer experience results and a high percentage of interactions handled by Voicebots.

Voicebots are extraordinarily complex software applications. They must be able to listen, understand, talk, solve problems, look for information within the company’s knowledge base. They must do this with a high degree of security and for many users concurrently – hundreds, or like in some of the services deployed by Interactive Media, thousands.

One of the most important of the technologies involved is the Speech-to-text engine. Its function is to transcribe the voice from the user into the corresponding text. According to Mr. Valente, for better performance the Speech-to-text engine should be primed with information regarding the spoken language to be expected in the specific application domain. This could be for example financial services, or air travel, or telephony services provided by a mobile carrier. Each sector has its own specific set of terms that appear more frequently than in normal speech. There is then specific customer information that is very hard to understand, like names, alphanumeric codes (license plates for instance), addresses. In this case the system cannot use the context to narrow down the number of terms to recognize. As an example, if the conversation is about animals (for instance, at a veterinary clinic), the system may initially understand a word as “vow” but it can quickly correct it to “cow” – a far more likely interpretation. But for surnames, that are all unique, no such correction is possible.

Mr. Valente also highlights how important it is for Voicebots to be able to integrate with the telephone networks, and the numerous Contact Center software suites. This is an aspect that is often underestimated while implementing a Voicebot project but is often essential.

In addition to the ASR engine, the semantic engine and the telephony and Contact Center integration platform, there are other important parts to a Voicebot environment, such as a graphical environment for designing and managing the application flow, the management of alerts, reporting and service provisioning. All this is needed for a reasonable ease of implementation and operation of the Voicebot application.

A properly implemented Voicebot offers many different advantages. It is clearly easier and faster to interact with a system using your voice than typing. A fast typist can enter up to 45 words a minute, but a normal person says at least 110 words during the same time. This speaks in favor of voice-based engagements with Customer Service, while maintaining the digital channels advantages as the speech is converted into text which is easy to manage and analyze.

Voicebots represent a technological quantum leap for initial engagement with customers. Gone is the need to listen to IVR menus and send tones. With open questions and the use of natural language, the customer experience becomes much better, while the time it takes to qualify the intent of the call is dramatically reduced.

Another advantage is the better use of human resources within the company. Agents are freed from the most repetitive and frustrating parts of their job – which are mostly simple tasks that Voicebots can accomplish very well – and can be reallocated at least in part to more productive and strategic activities. There is less turnover among the agents, who find their job more rewarding, and data entry errors, rather common with humans, are greatly reduced.

In summary, Voicebots:
• provide a better customer experience compared with the current IVRs
• reduce the cost of customer service, since human agents are expensive especially when they perform routine tasks
• provide a standard service, with always the same answers to the same questions
• continuously improve, with feedback coming from report analysis driving cycles of tuning

Mr. Valente adds: “companies that employ only human agents have obvious problems rightsizing their workforce for the number of contacts they receive, that changes by day and hour. Especially in times of uncertainty and during emergency, there can be enormous peaks. For instance now with the COVID epidemics, there are services that are completely swamped, like government organizations in charge of providing subsidies.”

“Organizations that operate Voicebots can instead scale the service up and down quickly, with no wait time for customers and with much simple service management.”

If you have reached this point, it is likely that you have some interest in investigating deploying a Voicebot in your organization. Interactive Media has more than 10 years of experience in Voicebots, we would love to talk to you.

A battle of the botsChatbots are everywhere. According to Gartner, at the moment of writing between 1500 and 2000 companies worldwide have in the past couple of years developed a chatbot platform that they offer their customers as the base for applications. Of course,...

END_OF_DOCUMENT_TOKEN_TO_BE_REPLACED 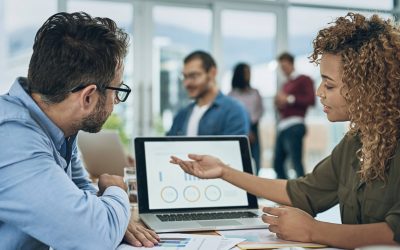 How to apply customer service KPIs

END_OF_DOCUMENT_TOKEN_TO_BE_REPLACED 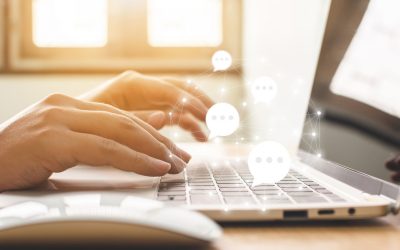 Customer service technology: what changes with the coronavirus pandemic?

The past few weeks have been marked by a profound transformation in society. The coronavirus pandemic has forced huge changes in habits and brought about a series of urgent adaptations – for both people and businesses. Technology in customer service, for example, has...